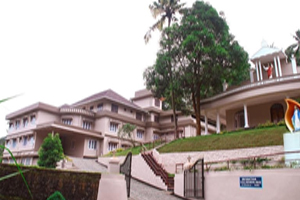 Jai Matha Province of Idukki, is the 17th province of the Adoration Congregation. It was in the year of 2003 that the province of Idukki was formed, bifurcating the Kothamangalam province. Mother Charles Alapaattu was the first Provincial Superior. The sisters of the province work in high range areas of Kerala spreading out the Eucharistic flame among the poor people there. Sisters are engaged in the field of education and healing in India and the foreign nations of Germany, Italy and Switzerland. They undertake pastoral work in parishes by giving counselling conducting prayer meetings and by taking the leadership of pious organizations. At present the province has 13 convents which radiate the Eucharistic spirituality in the nearby places.