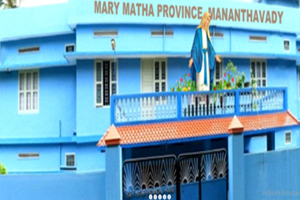 Mary Matha Vice Province was erected in the diocese of Mananthavady in 1980. It was elevated to the status of a province on 20th December 1997. The province has at present 35 houses where the sisters foster the spirit of Eucharistic devotion through apostolates of adoration, parish ministry and faith formation. The sisters work in schools, orphanages, dispensaries, counselling centres, home for street children, boarding houses, press etc. At present under the guidance of the Provincial Superior Mother Alice Chundattu, the sisters extend their apostolic activities to the Indian states of Karnataka and Andhra Pradesh, and other countries like Germany, Italy, United States and Africa.