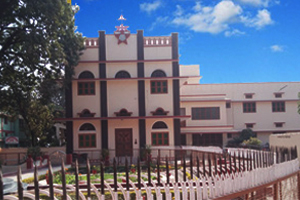 The 2nd Vat. Council has conscientised all individual churches, their obligation to proclaim the faith and salvation, whichcomes from Christ, by reason of His commanded. As a result we the SABS stepped out from Kerala to the other parts of our country.S.H province, Erankulam carried the ‘Jyothi’, towards the Northern part of West Bengal among the Tribals in Jalpaiguri Diocese and established its first missionary convent at Demdima in 1968.In the following year (1969) missionaries were sent to central India in Raipur Diocese at Nandini.

By 1986 the ‘Jyothi’ of Eucharistic Lord had extended its radiant light to U.P and Rajasthan having 13 convents and 69 missionaries. Christu Jyothi Region and appointed Rev. Mother Virgin as the regional superior. Eventually Christu Jyothi Region has grown in to the maturity of a Vice Province having 17 convents and 112 sisters. At present Christu Jyothi Province has 24 convents in the Diocese of Ajmer, Baruipur,Bijnor,Ernakulam,Jaipur,Jalpaiguri,Meerut,Raipur,Satna,and Varanasi with 130 sisters involved in various apostolic activities.