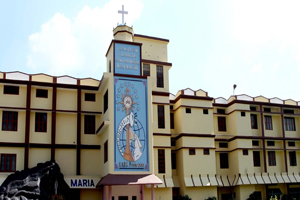 As an another landmark in the missionary expedition of the SABS congregation, the missionaries of St.Mary’s Province Kothamangalam left the cost of Kerala for Orissa in 1971 and for Punjab in 1973. It was the fraternal heart of Rt.Rev. Dr. Symphorian Keeprath, Bishop of Jalandhar.Phagwara in 1978 as per the changes made by the Diocese.

The sapling of our province planted in the soil of Orissa and Punjab had a marvelous growth in every field. It was raised into the status of a region on October1, 1986.In 1994 we started a house at Bhunga to work under the management of OCD Congregation.In1995 we extended our missionary activities to Simla-Chandigarh Diocese in Haryana state by the generosity of Rt.Rev.Dr.Gilbert Blaize Rego.In 1996 we have entered in the Diocese of Jammu&Srinagar in response to the invitation of Rt.Dr.Hippolytus Kunnunkal to contribute our service in the field of education.

At present we have 63 senior Sisters &7 Junior Sisters and they are involved in different apostolic activities in the province.The houses are scattered in 4 states-9 in Punjab 2 in Haryana 3 in JammuSrinagar and 1 in Himachal Pradesh.