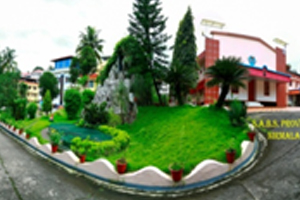 St. Mary’s Province of Kothamangalam was erected in 1961, by dividing the Ernakulam province. The first convent of the province was founded at marika in 1948. In 1971, the province started its mission activities in the state of Orissa and in 1973, in the state of Punjab. In 1986, convents were started in the diocese of Irinjalakuda too. In 1998, the houses in mission areas were united as a vice-province and at present, Punjab and Orissa are two independent provinces. In 2004, in connection with the bifurcation of Kothamangalam diocese and the establishment of the diocese of Idukki, the province was again divided and Jai Matha Province, Idukki came into existence. Sisters are actively involved in various apostolic activities such as evangelization, education, healing ministry, social work and jail ministry. At present, the province guided by Mother Brigit Muthuplackal has 55 houses spread in India, Germany, Italy and the United States. Sisters from the province work in the African mission too.