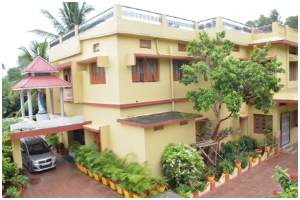 The 2nd Vatican Council which was held from 1963-1965 has conscientised all the individual churches their obligation to proclaim the faith and salvation, which comes from Christ. Responding to this missionary call for evangelization after the great historical council we the SABS stepped out of Kerala to the other parts of our country.St.Thomas Province Changanacherry Carried the message of Christ towards the central part of Madhya Pradesh among the ignorant and non-Christian people in Jhansi diocese with the Late Bishop Rt.Rev.Muradha and established its first missionary convent at Morar in Gwalior on 30th June 1966.The main apostolic activities were teaching in an English medium school, social activities and health services.

After three years we extended our mission apostolic work in Balasore diocese in Orissa,the eastern part of India and established the 2nd convent in Barbil on 22nd January 1969.In 1972 we were invited and welcomed to Jagdalpur diocese in Bastar district, the southern part of Madhya Pradesh by His Excellency Late Bishop Paulinus Jeerakath. Here we started our apostolate in diocesan schools, dispensary, free boarding, and socio-pastoral and developmental activities. Filled with Eucharistic love, our sisters stepped into the very remote area of Potanar among the illiterate and custom-ridden Adivasis. The newly started mentally retarded school in Jagdalpur diocese showed our interest and love for the abandoned ones.

By 1976, we expanded and extended our services to Ettawah mission in Agra, U.P and other areas of M.P& Orissa., having 8 convents and 60 missionaries. As the number of sisters and convents increased and also due to the vastness of the area, the administration by the mother province became difficult. Hence in the year 1986, the general synaxis took the decision to form regions for North India for better and convenient administration. Thus Pavithratma Region was erected on 3rd July 1986.

Eventually Pavitrathma Region grew into the maturity of a vice-province having 14 convents and 110 sisters. On 18th March 1998 the Region was raised to the status of vice-province.

During the year 2007-2008 we extended our services to Italy and we opened two more convents at Shikohabad in Ettawah mission and Govindpur in Bhagalpur diocese. We also opened a centenary memorial asylum at Kolchur in Jagdalpur and centenary memorial special school for differently abled at Rajbadi, Orissa in Balasore diocese.

At present Pavitrathma Province have 32 convents which are spread out in dioceses of 7states namely Jagdalpur, Balasore, Gwalior, Agra, Ranchi, Dumka, Jamshedpur, Visakhapatanam, Bhagalpur and Kerala. We also have two houses abroad one in Germany and other in Italy.

We have 157 sisters involved in various apostolic activities such as evangelization, education healing ministry and other social activities. We have 5 perpetual Adoration centers, Jagdalpur, Kolchur&Tellimarenga in Chhattisgarh and Garhdeulia in Orissa and Gwalior in M.P.